The death of the Republic.

The death of the Republic. Exhibit A. First Amendment dead.

Just for the record, this is what it looked like for a man who made a film that made the Obama Administration uncomfortable: 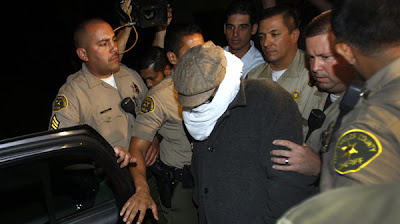 At the end of the day, a written constitution only works if the people who swear to uphold it don't catch on that they have the option of trashing it instead — at which point it ceases to be worth the paper it's written on.

Ah, well. It was nice while it lasted. 236 years is a hell of a good run for a non-dynastic non-dictatorship.
Posted by Squander Two at 00:18